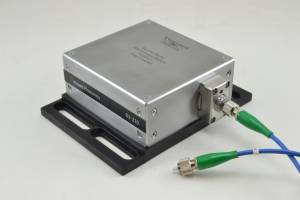 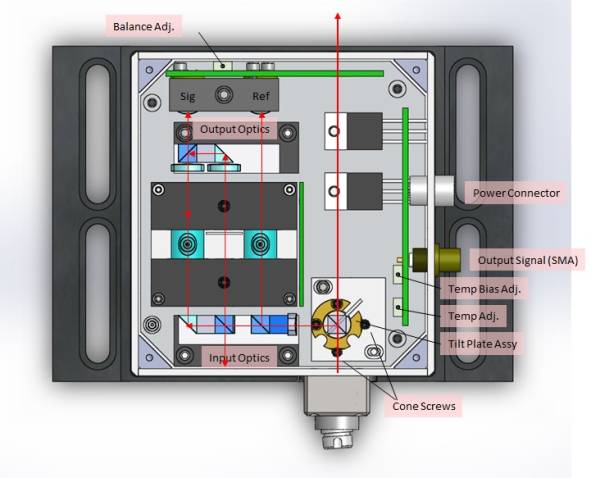 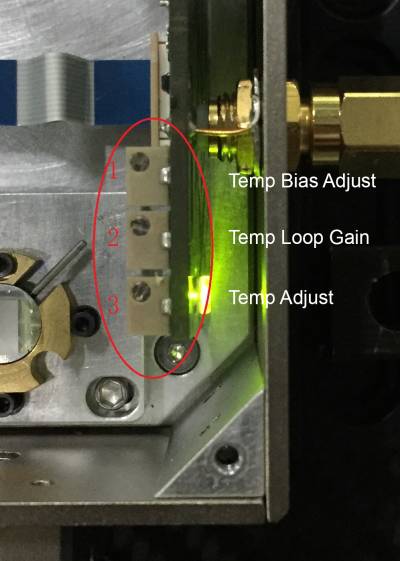 The beam diameters were designed to provide enough photocurrent (~50-100 μA) to give shot-noise-limited performance out to 5 MHz while limiting saturation broadening. For Vescent's DBR lasers, the bandwidth is useful to provide for tight and stable locking by feedback to injection current.

[Note: this adjustment is only available on older D2-210 models.] For the Doppler subtraction option this control enables the user to input a small temperature difference between the reference and signal vapor cells. In the fully CCW position the signal vapor cell heater gets all the current. In the full CW position the reference cell heater gets twice the current as the signal cell. This adjustment can be used to place the optimum point for Doppler Subtraction closer to zero Volts. 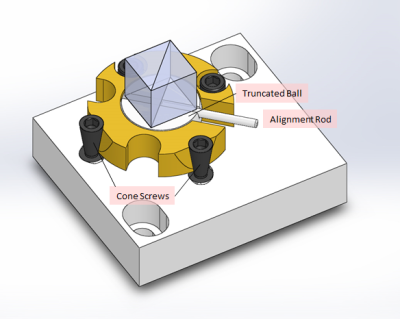 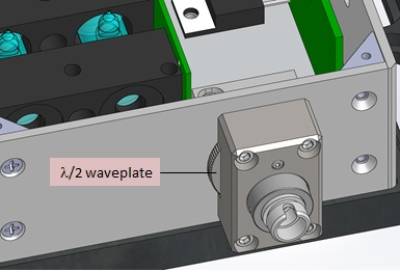 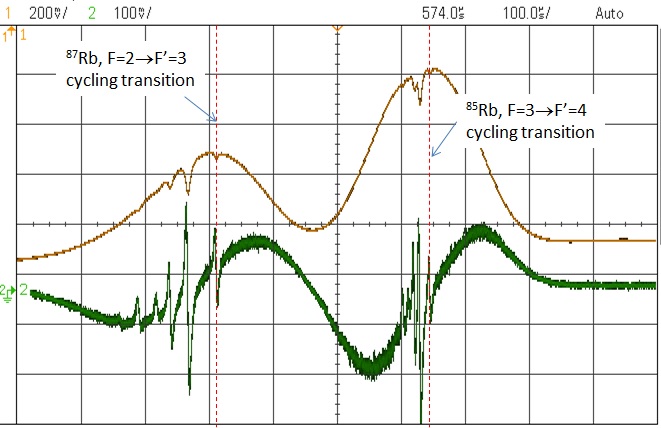 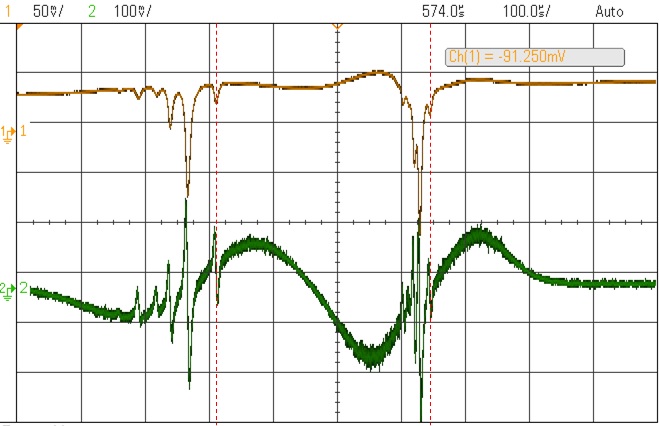